international
curricula
key competencies
European Union
Dear Reader, the content that you are reading was accurate at the time of publishing, but might have become obsolete since then.

The topic of the upcoming session was the review of the European Framework of Key Competences.

The past 10 years’ changes in the economic, social, technological, ecological and in various other contexts made the reconsideration of the competence-based education necessary throughout Europe. All citizens of the European Union were invited – either individually, or as part of an institution – to take part in a public consultation and revise the framework between February the 22nd and May the 19th 2017. For that sake, a survey was made available in all the languages of the EU, which was filled out by the participants of the Afternoon Tea in the name of the HIERD (Hungarian Institute for Educational Research and Development).

Kákonyi Lucia, the organizer of the Afternoon Teas briefly introduced the current key competencies along with the related suggestions for modification which were then considered by the participants who expressed their concerns as well. Further on the possible local relevancies and areas of development were discussed. For example, unifying the native and foreign language competences into one single competence called literacy, or else the distinction between first (native), second (local), and third (foreign) languages instead of only making a difference between mother tongue and foreign language. What gives the ground for this change is that a simple differentiation between first and second language competences does not correspond any more to the culturally and linguistically diverse Europe we live in currently. The recent PISA results also attest that there is a need for the revision of the implementation of the basic mathematical, science, and technical skills, as well as we ought to reconsider the integration of other professional fields, though the traditional discipline-based education generally encumbers its realization, and on the top, the different evaluation systems also render the situation more difficult. Attila Varga, senior research fellow of the HIERD emphasized the fact that the description of the competence does not make any reference to the physical wellbeing. Health only appears as part of the social competencies. Nevertheless, a good individual health attitude could become part of the science competence so that students could identify the pseudo-scientific medical practices. He added that the UN lately accepted the sustainable development goals   (https://sustainabledevelopment.un.org/?menu=1300 ) and that it might be advisable to consider systematically what is stated there when reflecting on key competencies: not exclusively in the case of the scientific key competence, but generally on all of them. That requires a detailed comparison of the two documents, the study of how European education can promote the goals of the UN, and also how this promotion can stimulate the modifications to be made in the description of the key competencies.

The revision of the digital competence is justified by the fact that it has to be less complicated and more flexible, as well as it has to be able to integrate all the new and about-to-be born technologies, either it comes to robotics or to augmented reality; while it also needs to suit the European Digital Competence Framework (https://ec.europa.eu/jrc/en/digcomp).

When defining the competence of learning to learn besides the transversal skills (critical thinking, problem solving, or group work) higher-order thinking, namely the activity of creating should play a more important role along with the ability to overcome uncertainty and generally the social competencies.

The key competence of social and civic responsibility also stimulates the evolvement of new attitudes and new social strategies. In addition, it is accompanied by the sense of initiative and entrepreneurship. It also became necessary to adjust and extend the entrepreneurship competence framework according to the European reference framework.

At the end, Gábor Halász reported on his experiences about being a member of the expert working group financed and supported by the European Commission whose mission was to revise the key competence framework. The participating experts (who mainly work outside the educational sector) came up with some radical suggestions, and instead of modifying the existing framework, the set-up of an entirely new structure was suggested. These redesigned key competencies would serve as a complement to the former ones and would focus on the following ideas: future’s literacy; personal competencies covering self -management and inner integrity; and a special kind of perspective which interprets the competencies in the context of collectivity (collective competencies). Gábor Halász pointed out that the ongoing project of the OECD called ‘Education 2030’ (which happens to be the revision of the DeSeCO previously orientating the PISA) also aimed to review the key competency framework. Similarly, this project targeted to outline a new structure which can further on affect the prospective PISA assessment framework. These endeavours also inspired a new aspect called student agency indicating that not only the definition of the competencies count, but also the reconsideration of students’ involvement in the learning process as well as in the curriculum refinement. 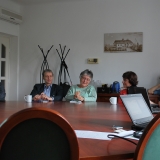 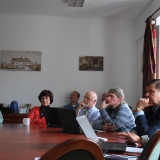 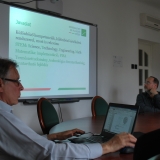 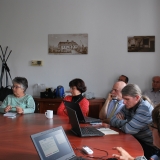